There are different species of hornets and wasps. A bald-faced hornet is moderately aggressive and very protective of its nests. They also seem to disappear during winter, but why exactly? Do they hibernate or die? This is why we took the time to do thorough research to find answers.

The spring season is when the bald-faced hornet begins its life cycle. During the winter, fertilized queens hibernate, but when the weather warms up, they emerge again. They then select a safe location to make their nest. But all other bald-faced hornets apart from the queen die during winter.

Bald-faced hornet has the maximum documented colony size of 400 to 700 workers. It makes a big hanging paper nest with a length of up to 11 inches. Invaders are stung repeatedly by these workers that vigorously protect their nests.

Do Bald-Faced Hornet Hibernate or Die In The Winter?

In the spring, a colony of bald-faced hornets emerges. After hibernation, a fertilized female will begin to build the nest she will rule over. She creates paper-like nests by chewing cellulose from rotten or worn wood. The nests the queen builds can survive the winter, but the queen or colony will not use them again.

A new queen of the colony always appears every spring. As she builds her new nest, she deposits a single egg in each cell. These eggs will hatch into larvae that will feed on the queen's nectar and other insects until they grow into infertile female workers.

In late summer, viable females and male bald-faced hornets are hatched. Fertilized females seek a haven to hibernate until the spring, when they will mate again and become the next generation of queens. Once winter arrives, all other bald-faced hornets die.

The nest of bald-faced hornet insects can increase rapidly and be as big as a basketball. There are 400 or more workers in peak nest numbers. The nests are concealed in stiff paper-like materials and contain a single entrance and exit point for the bald-faced hornet workers.

When the queen emerges from hibernation in the spring, she builds a single nest. She gathers wood fiber and chews it into a paper-like substance that she uses to construct the nest.

She puts an egg in each of the inner cells as she builds. Workers forage for food and building materials to keep the nest growing until the season winds down in the fall.

During the peak of summer, pest management experts discover bald-faced hornet nests in woodland edges, meadows, and even public parks. These insects create nests like most stinging insects, but they don't reuse them, which is unusual for social wasp species.

How Long Do Bald-Faced Hornets Live?

Bald-faced hornets, like all insects, have four stages of development: the egg, larva, pupa, and adult. The larva is a legless grub that grows inside the nest's cells. Hornets are beneficial predators who eat other insects, especially dirt flies and blowflies.

These hornets only live for one year. Every year, a new nest is constructed from the ground up, and the previous year's nest cannot be reused. During April and May, the only colony members who can survive the winter are the queens.

The queen finds an appropriate place, builds a little nest, and raises a sterile daughter progeny. The workers are in charge of expanding and maintaining the nest, foraging for food, and caring for the progeny, while the queen is only responsible for producing more eggs.

Colony growth is modest initially, but as new broods of workers emerge by mid-summer, it has picked up significantly. By the end of the summer, the hornet population had swelled from 100 to 400. Males and fresh queens are hatched in the autumn.

The fertilized queens hibernate while these workers leave the nest to mate. The old queen from the colony and the remaining workers die of old age or die because of exposure to the harsh weather condition.

Where Do Bald-Faced Hornet Queens Hibernate?

As the cold weather approaches, fertilized females hunt for places to hibernate. They'll be the queens of the following season. During the winter, the nest's remaining members die.

Tree hollows and dense shrubs and trees are common locations for bald-faced hornet nesting. A queen looking for a warm place to spend the winter may enter through eaves or holes in the roof.

How Do You Get Rid of Bald-Faced Hornets?

If you come across a bald-faced hornet nest in your home or garden,  do not try to remove it on your own because this will agitate the colony and cause the hornets to sting. Avoid the risk of bald-faced hornet stings by consulting a registered pest management professional about safe hornet removal.

For a successful removal, a professional will likely inspect the nest during the day and then remove it at night, when the majority of the hornets are sleeping.

If you do not have access to professional pest management, One of the safest and most successful ways to get rid of wasps and hornets on your own is to spray insecticide into the nest if necessary. When you perform the removal process at night, you have the lowest risk of aggressive attack and sting.

Most importantly, It's always better to prevent the formation of these nests before they spread. You should always be on the lookout to detect and eliminate any nests and when trying to remove the nests, work when the insects are less active.

How Long Does It Take For Bald-Faced Hornets to Build a Nest?

Wasps, such as hornets, yellow jackets, and paper wasps, are stinging insects that can be bothersome. There's a nest someplace on your property if you've spotted wasps around your house. Wasp nests are built of identical materials, but their size, form, and placement vary greatly depending on their species.

Nests that resemble honeycombs or an enclosed paper construction are the most common. At their peak, these compact, strong nests can accommodate up to 10,000 members, causing a lot of trouble for you and your property.

As the colony grows over the spring and summer, their nests would be under construction, so a completely formed bald-faced hornet nest takes roughly six months to complete. The nests grow to their maximum size in the fall and are then abandoned since only a fertilized queen can survive the winter.

Any other step of a wasp nest's lifecycle might occur inside or around your home. Of course, this can result in property damage and costly repairs. You or your loved ones may also come across a nest and be stung. If you find a wasp nest in your home, get a professional to help you get rid of them.

What Happens If You Get Stung By a Bald Face Hornet?

Bald-faced hornets are aggressive and will strike without hesitation. If you've been stung, thoroughly clean the affected area.

After that, freeze the area. If you've been stung on an arm or leg, keep it elevated. Be careful while taking off any jewelry as well. Rings, bracelets, and other jewelry may become difficult to remove if swelling occurs.

Because the sting might be severe, take acetaminophen or ibuprofen to relieve the pain. Itching is also a possibility. You can use an antihistamine, a baking soda and water paste, or calamine lotion to help with this. To avoid infection, make sure the region is kept clean.

Bald-faced hornets are special types of hornets. Yellowjackets are more closely related to bald-faced hornets than other hornet species. The front of the head and the tip of the abdomen are white marked on these stout-bodied wasps. In case of any suspected infestation in your home, seek professional help for safe removal. 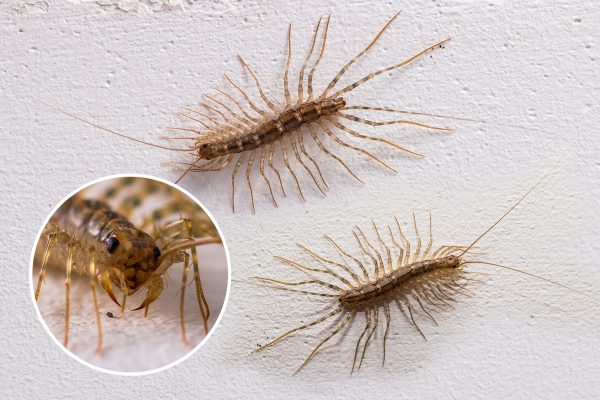