Seeing tiny dots flying around an overripe fruit? These are fruit flies. Wondering if you could use Raid in killing these annoying flies? Then you are in the right place! We’ve researched this topic thoroughly to give you the answer you need.

Raid's Flying Insect Killer unquestionably kills flying insects such as fruit flies. You can use it easily but follow the instructions and precautions stated on its label.

In this article, we will delve deeper into fruit flies, especially their life cycle. We will also share with you its health risks and the methods to get rid of them. So, keep on reading!

What Are Fruit Flies?

Fruit flies belong to the Drosophilidae family. They resemble tiny (around ⅛”) reddish-brown insects in appearance. They'll likely be flying around your kitchen, perhaps by the fruit dish.

Fruit flies are often brought home from the grocery store on fruit and vegetables, even if they can enter through open windows. They enter fruit at the grocery store through any nicks or cuts on its surface, where they lay their eggs in rotting vegetables and sugary surfaces.

However, they are also attracted to items like drains, garbage disposals, cans, cleaning rags, trash bags, and mop heads. They are attracted to damp areas and food waste in general. Definitely fruit flies are common household pests that can cause a lot of trouble for you and your family.

Although these flies are a nuisance all year round, the late summer and early fall are when they are most active. While these pests themselves are not harmful, they may be a sign of unclean living conditions in the home.

What Is The Life Cycle of Fruit Flies?

Understanding the fruit fly's life cycle will help you better control these pests and incorporate various control strategies. You risk utilizing pest management measures in a way that doesn't effectively address your pest issue if you don't grasp the fruit fly life cycle. These cycles are each briefly described below.

The mature female flies lay one to twenty eggs within the ripening fruit of the host plant. After a few days (2-4 days), the eggs inside the fruit develop into larvae.

Because the fruit fly eggs are so tiny at this stage of the life cycle, it is doubtful that you will be able to detect their presence in your fruit. A female fruit fly may produce 400 or more eggs in her lifespan.

When the female fly deposits her eggs, numerous bacteria are introduced, and the hatching larvae (maggots) eat inside the fruit alongside them.

Fruit that has been attacked by maggots and bacteria internally rots, frequently falling off the tree too soon. If you cut open a piece of fruit, you would most likely find a fruit fly larva, which is when you would know there is a fruit fly present.

Fruit ripens, rots, and eventually falls to the ground. Larvae that have reached maturity leave the fruit and tunnel into the ground to pupate. Larvae in the soil stop moving and develop into oval-shaped, light to dark brown, rigid pupae.

The adult fly develops inside the pupal case, which is a butterfly's cocoon or chrysalis. You probably won't notice the presence of fruit fly pupae in the ground at this point.

In the summer, it may take as little as seven days for the adult flies to emerge from the pupae, whereas in the winter, it may take many months. In new season crops, the adult fly searches for the food it requires to mature, reproduce, and lay eggs.

You might be able to identify adult flies at this stage of their life cycles if they settle on foliage, hide there, or land on fruit.

There is a product of Raid that definitely kills flying insects such as fruit flies (as mentioned on its label) and it is named Raid Flying Insect Killer. Aside from fruit flies, it kills Asian lady beetles, flies, boxelder bugs, hornets, non-biting gnats, mosquitoes, small flying moths, yellow jackets, and wasps.

The Raid Flying Insect Spray Killer is the best fly repellent for the house because it works well indoors and doesn't leave behind much of a chemical odor. However, it does leave behind a fresh outdoor aroma that we found to be nice.

It comes in cost-effective multipacks of up to six units, each weighing 15 ounces, and the containers provide equal spray dispersal. Also, it is one of the most widely used insect repellents on the market in the United States since it can be used both indoors and outdoors.

Additionally, the mixture is quite dangerous and should not be used by youngsters, so exercise caution and attempt to store it somewhere out of their reach.

Remember that these insect killer sprays contain harmful chemicals if you do decide to try them. Avoid spraying it straight onto fruit or other foods because it is not suitable for consumption. Read the label completely and abide by the safety instructions.

The use of this product in a manner that conflicts with its labeling is illegal under federal law. Following are the steps of using the Raid Flying Insect Killer:

A video review of this product is shown on YouTube below.

What Are The Natural Ways Of Getting Rid Of Fruit Flies?

Insect sprays will kill adult fruit flies but they won't stop the eggs from hatching. To get rid of these annoying insects naturally in your home, you need to:

Look for and remove any rotting food or sticky spills from your counters, cupboards, drawers, refrigerator, and other kitchen appliances. Fruit flies can also lay their eggs on empty cans, cleaning rags, mops, and other surfaces besides vegetables and ripe fruit.

Clean The Garbage Disposal And Drains

You may either fill them with boiling water or cover them with a plastic food storage bag over top overnight. The next morning, those fruit flies attempted to exit the drain will found on the bag.

Put these traps in areas where fruit flies have been spotted. There are several traps you can make and they are:

What Risks Do Fruit Flies Pose to Your Health?

Eating food that has come into contact with fruit flies or accidentally consuming them is not related to any particular medical disease. People can become ill from spoiled food for a variety of causes, but not just simply because of the fruit flies.

While fruit flies themselves are not linked to any particular disease, there are some worries that they could spread bacteria from one site to another and contaminate food with pathogenic microbes.

As their hairy bodies can attract harmful bacteria and other germs, which can then attach to our food or hands and spread diseases that result in health issues, particularly diarrhea.

Additionally, the movement of food from one location to another has been linked to the spread of fruit flies from a nearby area to a distant place. This has been theorized as a way to transfer infectious diseases to populations that are not immune and transport infectious microbes from endemic locations.

The extensive destruction of a priceless product when it becomes contaminated is frequently attributed to the growth of fruit flies and their proliferating population.

Fruit flies don't bite, but they breed quickly and can transfer bacteria from one place to another. One female can produce up to 20 eggs every day, which take a week or less for each to develop from a larval to an adult.

To get rid of them you can use Raid, specifically, Raid Flying Insect Killer but with precaution. You can also use natural methods to get rid of them. Such as thoroughly cleaning the areas where they usually breed or are seen and make some traps.

Should You Repot A Plant With Fungus Gnats?

How To Get Rid Of Black Ants In The Kitchen? 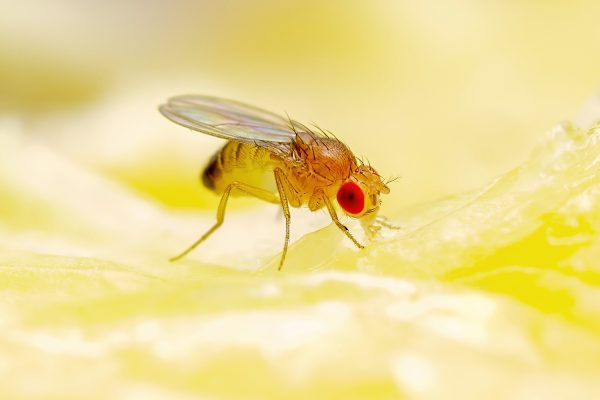