Having insects invade your home can be frustrating. Especially insects like subterranean termites which can cause the most damage of all termite species. If you're having a subterranean termite infestation, don't fret, because we have done proper research and consulted experts to help you with all the information you need to get rid of them.

When using a non-repellent solution to eliminate subterranean termites, it is crucial to have patience because it may take up to 90 days for the termites to be completely eradicated.

Subterranean termites can cause damage to a building structure because wood is what they mainly feed on. If you want to know more about these creatures, keep reading further as we have gathered detailed information on everything you need to know.

Subterranean termites are social insects that reside in nests or colonies they build in the soil. Every colony is made of three caste groups: the reproductives, the workers, and the soldiers. The reproductives groups can either have wings or be wingless.

Wooden constructions are not directly harmed by adults or reproductives ants. Secondary reproductives have short wing buds and are either white or cream. The termite workers are about three to eight and they have no wings.

The soldiers and workers almost have similar features and have stronger mandibles with well-developed heads. Adult swarmers have thick waists and straight, bead-like antennae. The size of both pairs of wings is similar and is always detachable.

Adult ants are distinguished by their elbowed antennae and tight waists. Since they are significantly larger than the back wings, the forewings are difficult to separate. A colony of subterranean termites can have up to two million members and even survive above ground in wet, isolated regions.

Underground termites dig mud tubes to travel to food sources and reside there. They eat wood and other items that contain cellulose, just like other species of termite. Groups of the winged, reproducing subterranean termites swarm in the spring and fly off to find new colonies.

Because they need soil contact to exist and flourish underground, subterranean termites construct their mud tubes also known as termite tubes to access food sources and shield their colonies from the elements. Even though there are cracks in the concrete, these hardworking termites can construct tunnels.

Like all ant colonies, the king and queen are the only ones who reproduce other ants and that is mainly their duty. They perform no other duty. They are catered for and fed by the other termites.

They can live as long as 25 years. The queen can lay as many as a thousand eggs in a year and these eggs are guarded and protected by the worker termites.

The egg hatches the nymph right away. For the first two weeks, attendants feed nymphs regurgitated food, allowing them to molt and change into workers, soldiers, reproductives, or supplemental reproductives depending on the demands of the colony.

The sexual organs and body length of the maturing reproductive nymph both increase. The body turns black, the eyes open, and the wings spread out to be twice as long as the body. Should the colony lose its king and queen, supplementary reproductives maintain its survival.

By emigrating from the existing colony, they might create new colonies. The worker termite is infertile and lacks eyes. Its primary job is to feed the colony, which it often does by consuming wood from nearby structures or other sources of cellulose. Consequently, the worker termites are the ones who do the damage to building structures.

How Long Does It Take to Get Rid of Subterranean Termites?

Termites usually begin to disappear after a day or two if a spray is sprayed by a qualified exterminator. Depending on how bad the infestation is, it can take more time for the treatment to reach the queen and completely wipe off the colony.

Hidden behind walls, a termite infestation could go unnoticed for years. You should schedule an annual termite inspection if you own a house or have plans to sell it.

A knowledgeable pest control company can assist you if you spot any invasion before your inspection is scheduled. The size of your home, the type of eradication approach, and the level of your infestation will all affect how long it takes them to get rid of the termites.

What is The Best Way to Get Rid of Subterranean Termites

There are different methods you can employ to eliminate subterranean termites, here are some you can try.

Fumigation can be used if subterranean termites are found all around the building. Tenting your home or office is a surefire approach to get rid of these termites when subsequent treatment procedures are ineffective.

The most popular technique for eradicating underground termites is trenching, rodding, and treatment. Termites are prevented from entering your home through the soil by this chemical barrier.

Putting a protective barrier between the slab of your home and subterranean termites by drilling and treating the soil is a useful idea.

Trenching, rodding, and treatment are the methods most frequently used to get rid of subterranean termites. This chemical barrier keeps termites out by preventing them from tunneling under your foundation.

It's a great idea to drill and treat the soil to create a barrier between the slab of your house and subterranean termites.

Use Chemicals On Your Woods and Soil

You can saturate all your wooden structures with termiticide to prevent subterranean termites from eating through them. But keep in mind that spot treating wood won't offer full protection against attacks. It will only offer defense in those particular places.

You can do a lot to prevent subterranean termites from obtaining access to your property by constructing a chemical barrier around the exterior. The application of liquid pesticides like BioAdvanced or Spectracide can accomplish this.

Spraying the insecticide on the ground beneath the foundation is required.

Check out the BioAdvanced termite killer on Amazon.

Insects and other pests present in the structure and the surrounding area will be killed by the poisonous gas. However, the residents or tenants are unable to remain there for a few days.

How Long Does The Treatment of Termites Last?

How Often Should You Treat For Subterranean Termites?

Treatments for termites often last one to 10 years. After treatment, termites unfortunately may reappear. For this reason, regular maintenance is essential to keep termites away.

How Serious Are Subterranean Termites?

Subterranean termites can bring on massive damage. Termites have strong, saw-toothed jaws that function like scissors and can bite off incredibly minute pieces of wood, one at a time.

Even a colony with 60,000 workers can consume five grams or about three teaspoons of wood daily. In just one year, a tiny underground termite colony could eat 2.3 feet of a 2x4 board. Subterranean termites can destroy a building over time, which could lead to a homeowner's financial devastation.

Subterranean termite colonies can expand swiftly and frequently go years without being discovered, allowing them to inflict expensive and considerable damage without homeowners ever knowing about it.

How Deep Do Subterranean Termites Live?

Underground termites are gregarious, colonial, ground-dwelling insects. Depending on the needed temperature and moisture, these termites can change the depth of their colony in the soil. The colony could be 18 to 20 feet below the surface.

How Quickly Can Termites Build a Nest?

Termite mounds can take four to five years to construct, but if it rains particularly hard, a third of the mounds may crumble. As a result, termites scramble to form new mounds as quickly as the weather erodes the old ones.

The Formosan subterranean termite is one of the most aggressive species of underground termites. They are well renowned for ferociously protecting their nests by ejecting a white liquid intended to capture their prey.

One of the effective ways to get rid of these termites is using chemicals or bait traps on them. Despite termite treatment, it is very crucial to do an annual check-up in your home for reinfestation because they can creep back anytime.

To read more articles about termites, check out these engaging posts:

What Time of Day are Termites Most Active? 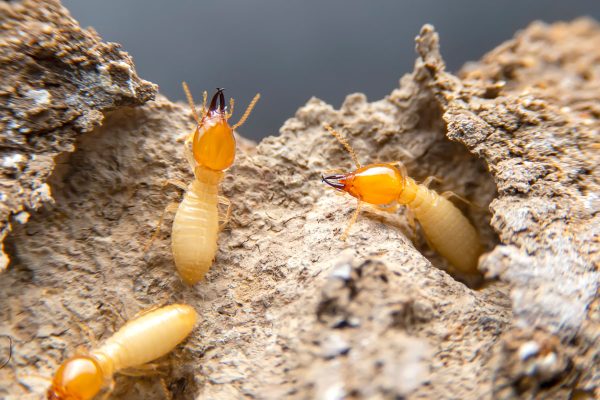 What Time Of Day Are Termites Most Active? 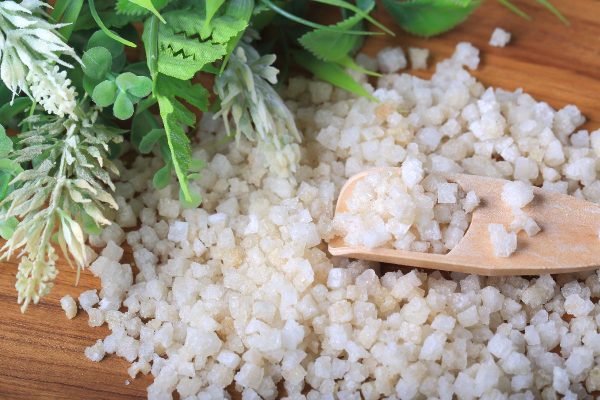 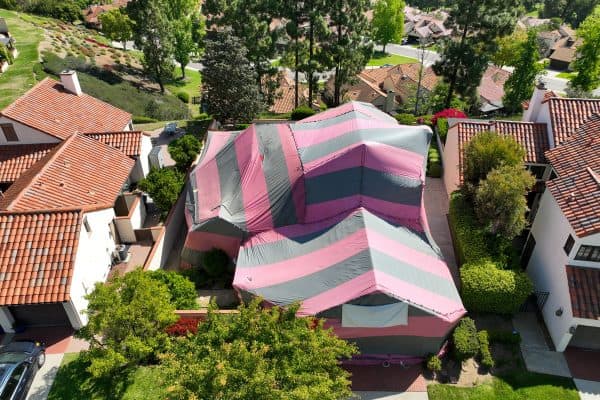