Have you ever noticed that some ants have a distinct odor when you kill or squash them? It is not a strange coincidence because ants have these odors to enable them to work together as a colony. To know more about the smell of ants, we have done proper research and consulted experts to give you all the information you need to know.

The type of ants that smell like nail polish is called odorous ants. They get into your house and kitchen to feast on sugar and food crumbs. Ants smell different odors in comparison to humans because they produce chemicals that leak within their bodies.

To know more about the smell of odorous ants and how they function, keep reading to get the detailed information we have gathered for you.

Many species of ants dwell among us. There are over a thousand of them. People usually tend to differentiate these ants by their colors. Either by red or black, but there is more to ants than just their colors.

The smell of some ants is what makes them distinct and different from other groups of ants. Although some ant smells are not easily detectable to humans. Some can have a very strong smell even without being crushed and some can only be perceived when they are crushed.

There are four smells that ants have been classified to emit.

The first type of smell ants emit is Citronella. It gets its name from the type of Ants called Citronella ants (popularly called yellow ants). Some people attribute this smell to lemon.  These yellow ants emit these smells to protect and defend themselves from any impending danger.

Another type of smell is from trap-jaw ants and its smell is attributed to chocolate. These ants are predators in nature and they produce these chocolate-like smells from a gland in their head. They do this to alert their members when they are in danger.

You can only perceive the smell of these types of ants when you crush them and kill them.

Other types of ants that smell are carpenter and wood ants. They produce a distinct smell like formic acid they use when they want to defend themselves instead of stinging their victims.

Another type of ants that smell is odorous ants. These ants smell like different things to different people. They have been reported to smell like coconut, rotten butter, blue cheese, nail polish.

Scientifically called Tapinoma sessile, odorous ants, also called stink ants,  are types of ants that smell differently to people. Nail polish is one of the substances it smells like to certain people. However, you must crush odorous house ants and then place them close to your nose to smell them.

The stinky ant, which is one of the thousands of ant species, may be found all over the United States, and it is a big problem for homes. In parts of the West Coast and the Atlantic Coast, it is frequently a severe pest problem.

They are typically around one-eighth of an inch long and range in color from dark brown to black. The body color of these ants ranges from brown to black, and their antennae contain 12 segments on average. Females usually only deposit one egg every day during the day.

The transformation of a newborn ant into an adult takes roughly 24 days on average. Most people would find this tolerable, but keep in mind that these ants' colonies can range in size from 100 to 100,000 ants.

Sugar ants are a frequent nickname for these stinky ants since they have a sweet tooth. However, only Australia is home to the banded sugar ant. Odorous house ants emit a chemical molecule that is extremely similar to the compounds produced by decaying food, or more particularly, the penicillin mold that causes these things to rot.

People perceive odorous house ants differently. Some people smell decaying coconuts, while others smell blue cheese, cleaning solutions, nail polish, or even rotten butter when they come in contact with these ants.

To warn off predators, most ant species create these noxious compounds. "Most of the typical ones, such as the blue cheese odor, are intended to make ants dislike them, and may also act as an alarm pheromone to alert other ants to the presence of danger.

Formic acid is the smell that ants produce. 2-Butoxyethanol is a  solvent also found in whiteboard cleaners. It gives markers its odor.

When you kill an ant, you'll notice that it smells like chemicals since it is leaking chemicals from its body. Even though a single ant doesn't contain much of this foul-smelling substance, it is enough to make a human uncomfortable. By the standards of the animal realm, our noses aren't that sensitive.

It just takes a small amount of formic acid or methyl ketones to cause a significant amount of odor. This concentrated potency is why it works so well for the ants as protection, attack, and signal to the rest of their colony. Because they are small, it is advantageous to make chemicals in small quantities.

What Chemical Causes The Smell of Squashed Ants?

When you kill ants, they release a chemical molecule called methyl ketones, which is a defense mechanism. This stench is similar to that of penicillin mold and blue cheese.

When stomped or crushed, they release a potent stored-up bio-communication device because they use pheromones to communicate and naturally create methyl ketones.

Sugar ants are drawn to sugary meals, leftovers, pollen, lipids, and proteins from other insects. They then bring the food back to their ant colony once they've found a food source. Sugar ants are harmless to people, yet they are irritating and difficult to get rid of.

Spring comes with an avalanche of little black sugar ants hunting for food, which might appear in your home at any time. Sugar ants, also known as odorous house ants, are abundant in the United States and have a sweet, coconut-like odor when crushed.

The majority of sugar ants are brought in from the outside. These insects have 4-5 times the number of receptors as other insects do. They have a strong sense of smell and frequently follow trails through vents, cracks, fissures, and other holes.

How Do You Get Rid of Ortho Ant Smell?

Ortho is a pesticide that eliminates pests like ants. It can be dangerous if consumed, absorbed through the skin, or inhaled. Make sure you don't get any on your skin. Keep your clothes clean as well. Ortho has a strong odor due to the active component. The stench will fade over time, and it is not harmful.

To remove the smell of Ortho, add a minimum of two cups of pure vinegar to get rid of lingering odors in clothes. Add ordinary detergent according to the manufacturer's directions. Run the clothes through a normal cycle and then rinse them again.

If at all possible, let the clothes air dry. You should only have to do this once to get rid of the pesticide smell, but if it persists, the second round of washing can be done to improve the results.

After that, you should address the odor in your home. Sprinkle a small dusting of baking soda along baseboards, beneath kitchen cabinets, and other possible pesticide application sites to get rid of lingering odors in the house.

Then wait for 12 to 24 hours for the baking soda to absorb odors. After that, wipe off any baking soda residue with a mixture of dish soap and water.

Ants have different smells that allow them to trail their way back to their colonies. To some people, these smells may vary because the ability to perceive smell is relative. Some ants may have a heavy smell even without crushing or killing them and for some, their smell may only become evident when you crush them. It all depends on the specie of ants.

For more articles about ants, read these engaging posts:

Where Do Odorous House Ants Live? 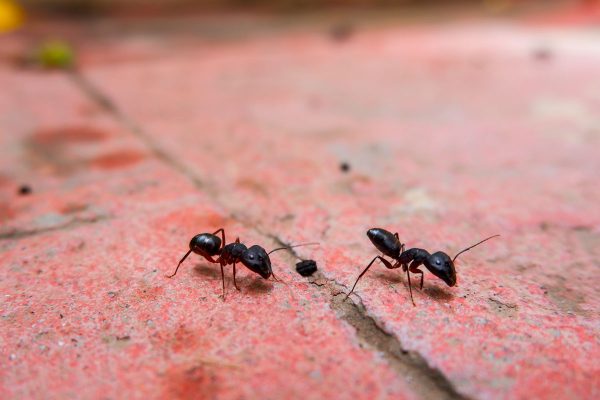 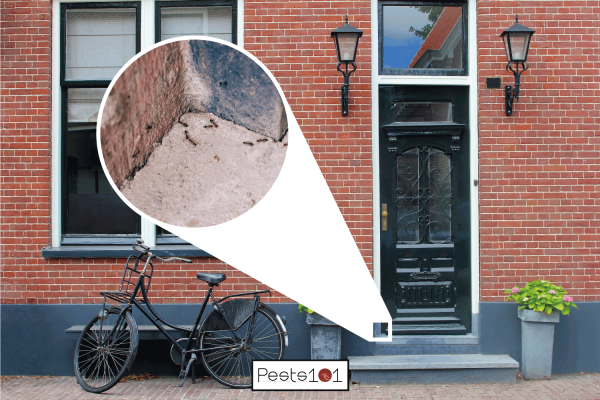 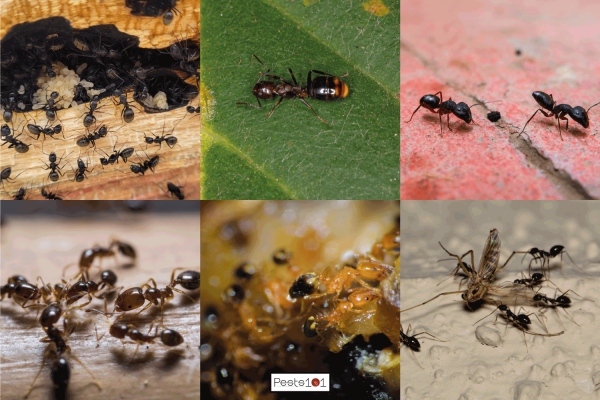 6 Types Of Black Ants In The USA